The Hip-Hop Dance Experience is a multiplayer dance video game published on Wii and Xbox 360 for Kinect targeting hip-hop fans, and players wanting to learn how to dance, providing a more “hardcore” experience compared to other dance party-games.

My work for the team was essentially focused on two aspects: the menus (structure, navigation flow, interactive elements) and the signs and feedback system in-game.

The main difficulty in term of flow here was to organize the menu pages to give access to all the modes for a fluid Kinect navigation while exposing as much as possible the artists and licenses that we feature in the game. The result is a huge carousel with a top-level global navigation which serves also as a breadcrumb system.

The other side of this work was centered around the performances of the player: clear and legible feedback, showcase of the score and the completion, rankings… Players has to feel empowered and rewarded as well as feeling the improvements possibilities that the game can offer.

In terms of signs and feedback, the fast-paced tempo of the game requires our player to be constantly focused, with almost no-time to look around the screen. I created a screen zoning giving a huge role of the peripheral vision, while playing on clear colors contrasts and movements to convey the key pieces of information to the player (next-move, performance, combo system etc.)

Songs carousel in the main menu after months of iterations and playtests with players. 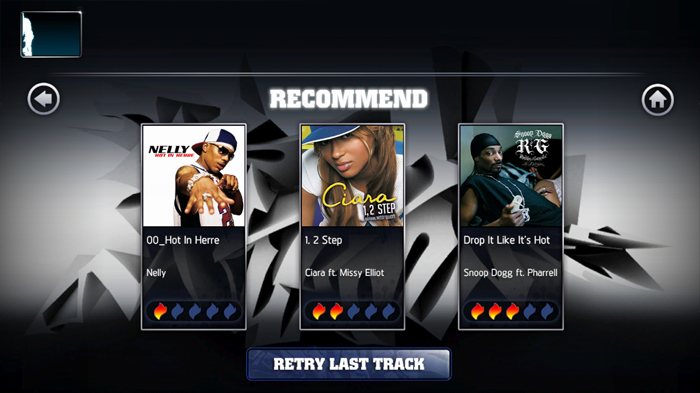 The recommendation page at the end of a song,
proposing a smarter, alternative navigation tailored to the player’s needs and expectations
(songs rarely played, with poor performances, favorite ones etc.) 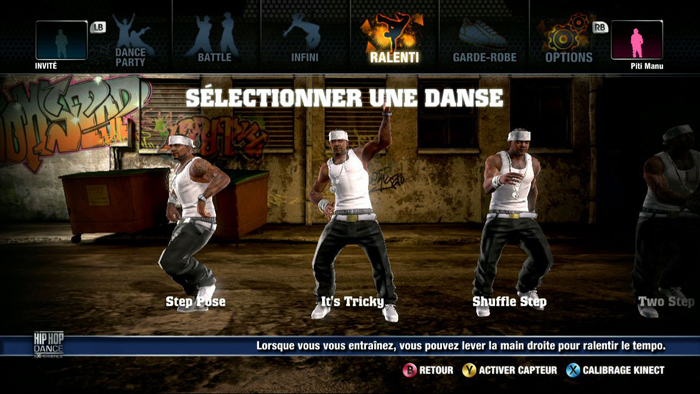 The Power School mode, which showcases the moves without launching them.
Done for fluidity and better error protection. 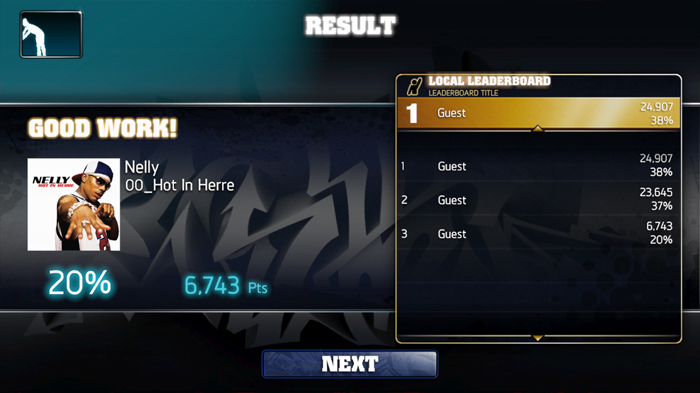 A result screen (WIP), showcasing the first dancer in the ranking 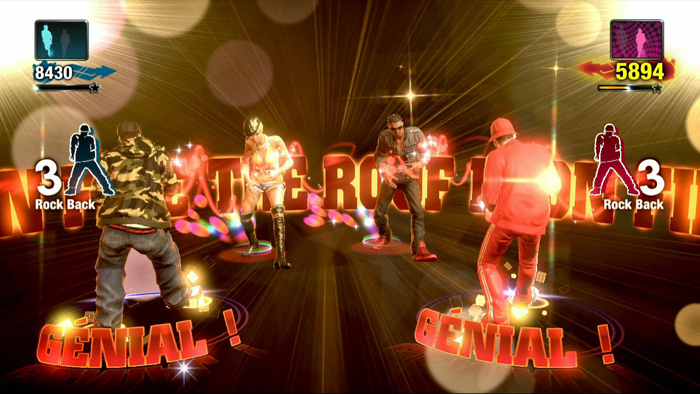 Feedback system (french localization), centered around the player’s focus
and the peripheral vision to keep our players in the flow at all time. 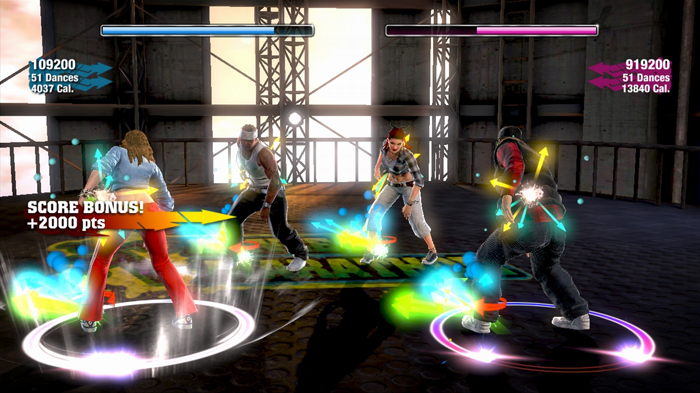