Marvel Avengers: Battle for Earth is a PEGI 12 casual fighting game designed to be enjoyable by both kids and their parents.
It was released on Xbox 360 for Kinect and WiiU in October 2012.

As a support for the development team from Ubisoft HQ, my goal was to help them achieve a great quality in terms of interaction design and ergonomics considerations. Our axis of action were focused on the user interface, the global navigation flow, the learning phases and the signs and feedback system in-game.

The main complexity here was the difficult target, young and casual, which implies a minimal workload as well as a particular attention to simplicity in terms of flow and signs and feedbacks. All those considerations had to be balanced for the two platforms, imposing to consider the two very diferent interaction paradigms with the game : multi-screen and dual gameplay on WiiU, organic controls for Kinect. 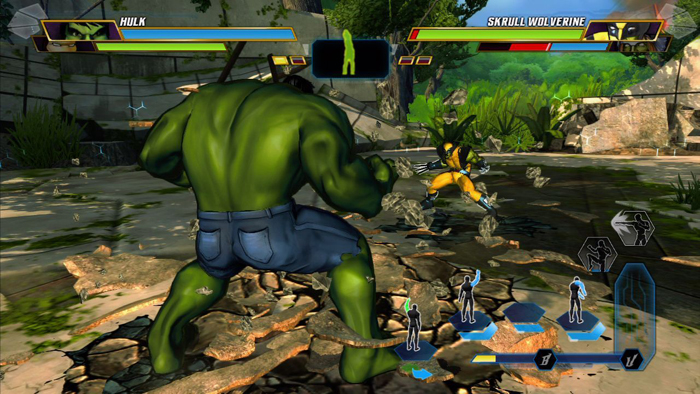 The Xbox 360 UI, with puppets highlighting the Kinect movements to perform 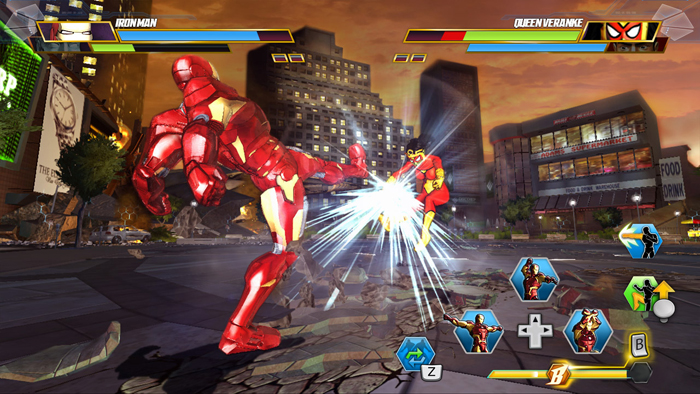 The WiiU (Wiimote) UI, focusing on buttons to trigger instead of previous puppets 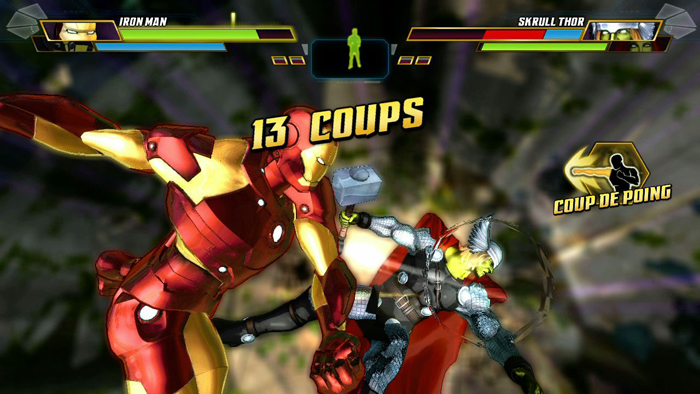 The UI display only the possible moves that can be performed at a time,
removing unnecessary information and improving the fight focus 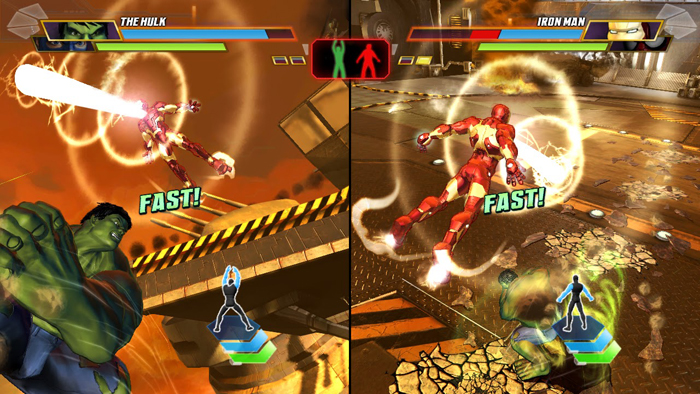 The feedback system is designed to be self explanatory and quickly understandable.
It supports the game systems and gives a direct representation of the player’s performances